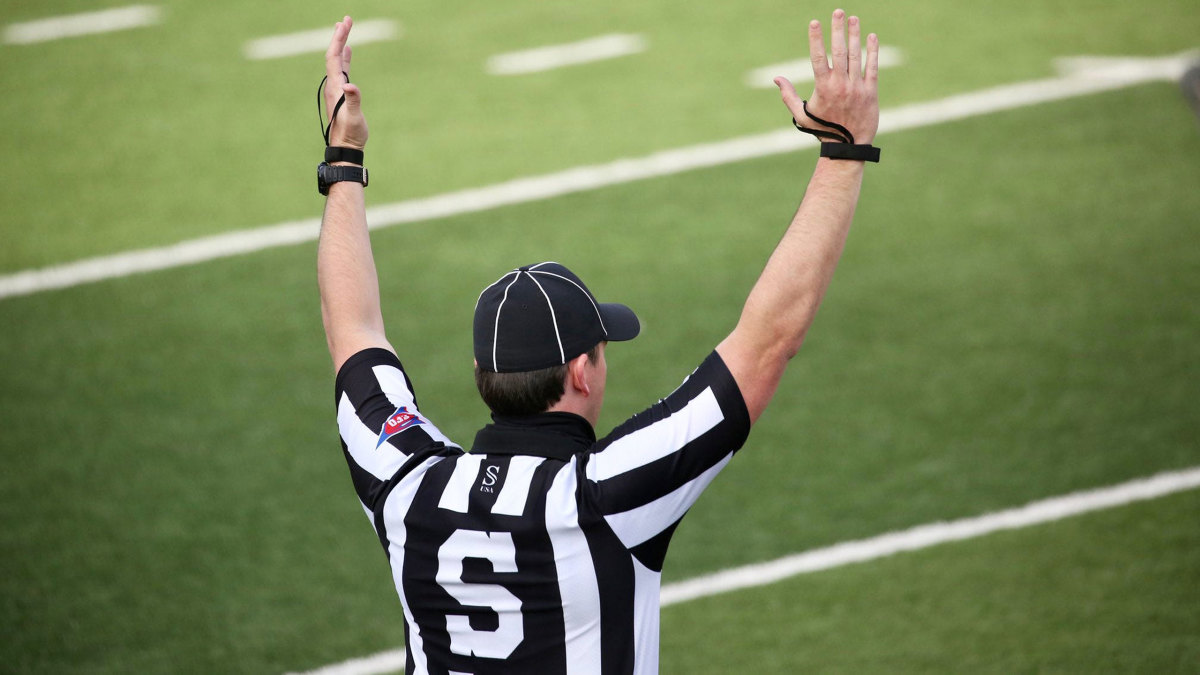 The first of this three-part series of articles briefly examined the origin of football, the dimensions of the field, the game itself and categories of players making up a team. Now let’s look at other team members not previously mentioned, to rules of the game and to penalties for breaking these rules.

Professional football games have seven officials: a referee, an umpire, a linesman, a back judge, field judge, line judge and a side judge. They ensure that the rules of the game are followed.
Of these officials (also called “zebras” because of the vertically-striped black-and-white jerseys they wear), the referee has the final word on almost every decision related to the game. He is the senior official, controlling the game and supervising the work of the other officials.

Refereeing is not an easy task, chiefly because the game of football is so fast-paced. When a referee wishes to announce a decision and to explain it, he uses any of 36 different signals to do so. He can also use his microphone.

When a player breaks a rule, he has committed a foul and a penalty is given. Since the game’s objective is to gain yards, a penalty often results in the loss of yards or downs. The following are just a few examples of common fouls: